This week we were kindly invited for a free meal at one of the latest BBQ smokehouses to grace the North East of England, Porky’s BBQ in Blyth.

I’ve spent the best part of my summer trying to perfect my own smoking recipes, so you can take it to the bank when I say this place is worth checking out!

Porky’s is located just off the A189, so it was more-or-less a straight run up from the Tyne tunnel for me. Before you’re even out of the car you can tell you’re in the right place- with the amazing smells filling the air! 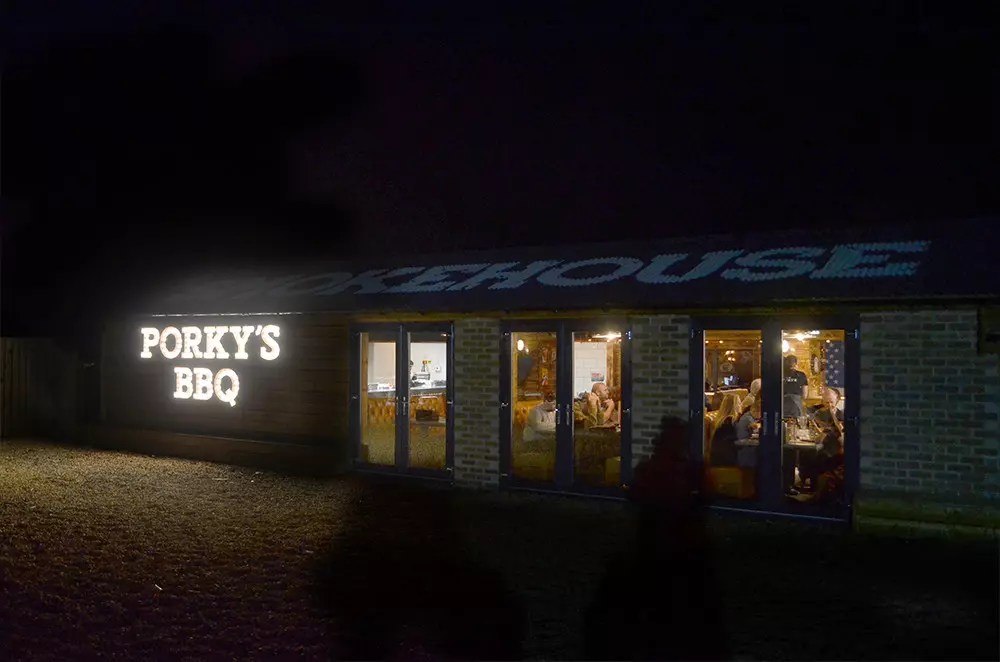 The restaurant is split into two sides, both with the same decor throughout. The eatery is kitted out in full American style, from the thick wooden tables with metal chairs, large cozy booths to the amazing wall murals. 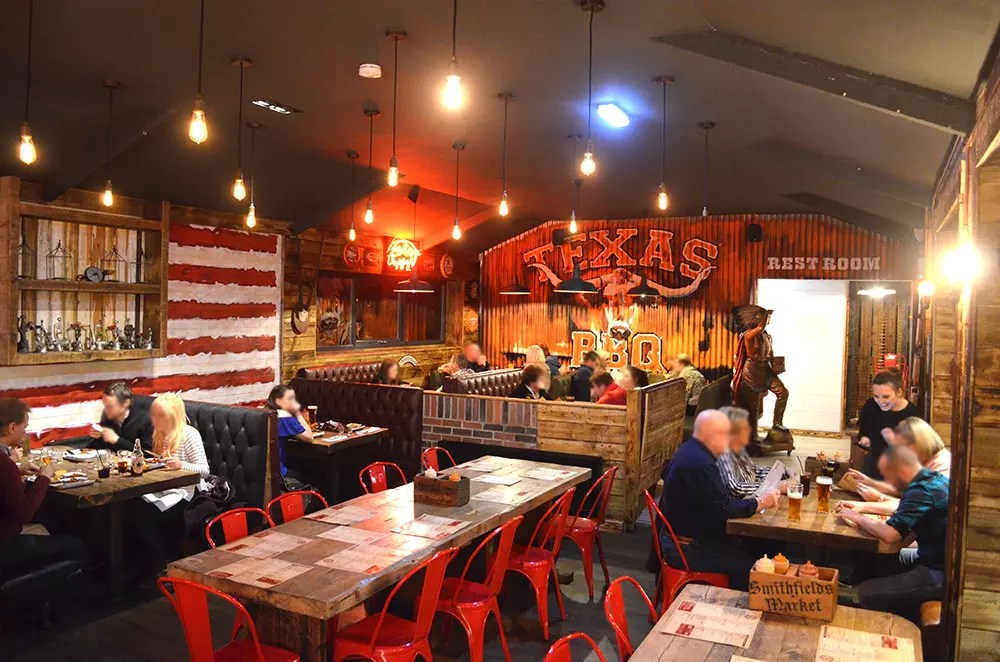 I’m a big fan of the interior and you can really tell the level of dedication the owners have gone to in order to make this an authentic American smokehouse experience.

The menu is a little more limited than some other well-known BBQ chains, but in my opinion, it includes the best options from all of them.

I was a little surprised to see a Vietnamese Banh Mi plonked on the right hand side, which is one of my favorite treats from the country (With Time Banh Mi serving up some of the best in Newcastle). It was at this stage I was wondering if the menu was based on my personal Facebook feed, but I came to the realisation that other people can have amazing taste in food too! 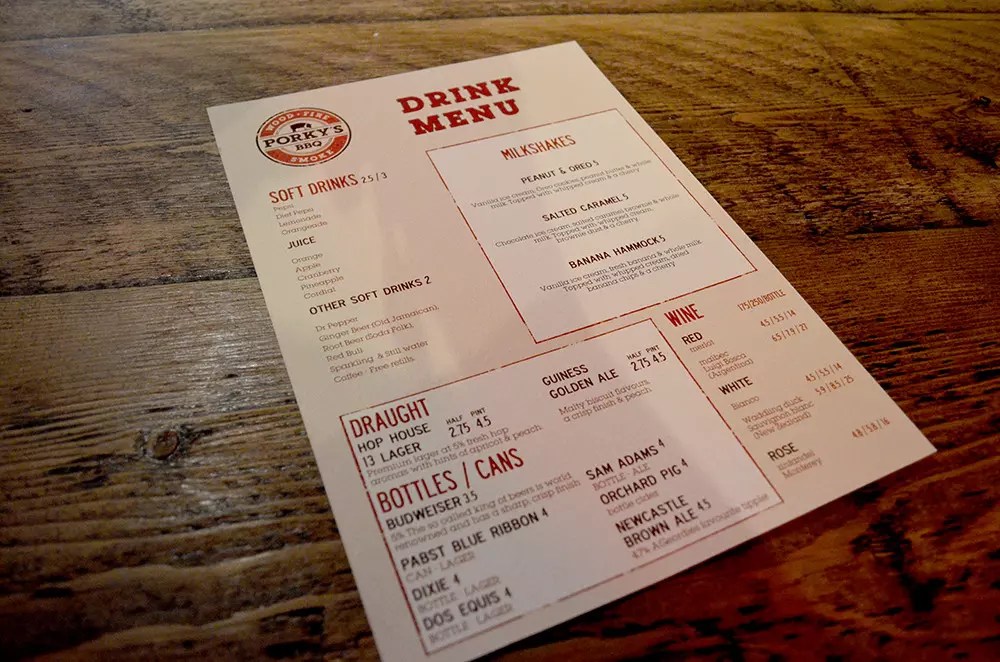 I firmly believe that the measure of a smokehouse can be gauged by their mixed smoked meat platter, which is usually the best of the menu on one tray. For this reason, I ordered the £20 meat showcase tray for one.

It is worth mentioning, we asked a member of staff what was included in the tray and weren’t offered much more insight than “It was cuts of beef and pork, including ribs”. Furthermore, we were misinformed that the tray would include a beef rib, which was somewhat disappointing. I think a bit more knowledge of the menu would be beneficial- however as they’ve only been open a couple of weeks, we couldn’t fault the team’s service or speed otherwise.

I also opted for a salted caramel milkshake, which was out of this world. The thick, creamy shake was about as authentic as it gets! Served in an ice cold metal cup, this calorific treat was the perfect way to kick things off. 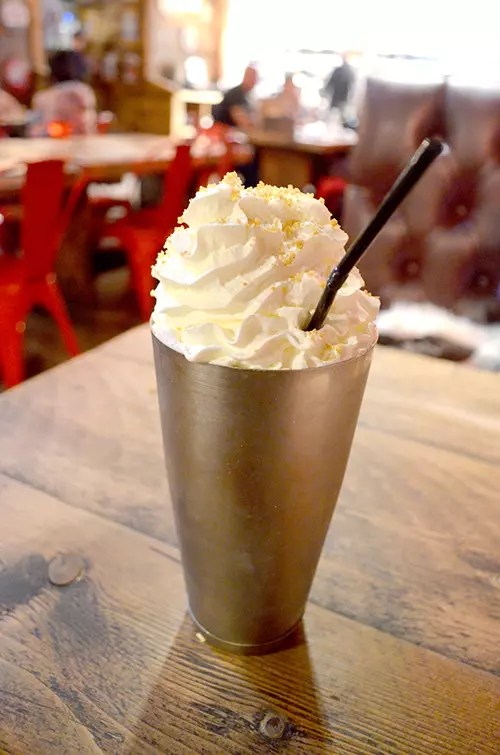 This was swiftly followed by our meat showcase trays, which came out in no time at all. I chose the classic Mac N Cheese as my fixin’ (side dish to us Brits). The tray included:

This monster portion was the best of BBQ, with the classic dishes hitting the mark each time. The brisket was particularly awesome, with a delicious peppery bark and the perfect texture, not cooked to mush with plenty of flavours trapped in the meat.

The ribs were fall-off-the-bone perfection and bore the hallmark of smoked BBQ excellence… a smokey smell and flavour that I could still smell on my fingers later that evening. The rich, sweet BBQ sauce was truly exceptional, with Porky’s own range of sauces adding even more taste to the plate.

The Mac N Cheese was again a leader amongst other local chains and didn’t turn into inedible glue when left to cool for 5 minutes or more! The pulled pork was as authentic as it comes, with a mix of succulent meat with crispy bark all mixed together. This, put on top of the garlic bun dipped in Mac N Cheese was outright naughty!

The sausage and chicken wings were cooked wonderfully. The sausage contained a nice herb seasoning, instead of the usual ‘spicy-burns-the-taste-buds’ offering provided elsewhere. 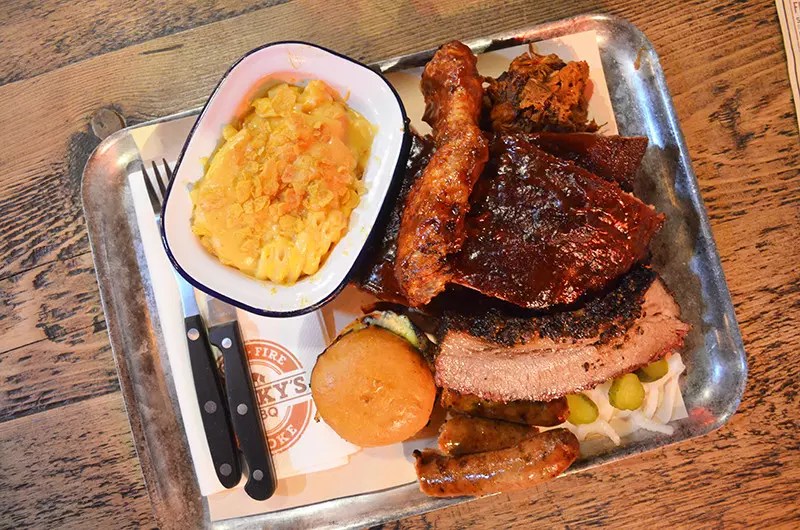 As you can imagine with the mammoth portion- there was plenty left! We took the leftovers home and gave the dessert menu a miss. But if I wasn’t fighting off the meat coma of the century, I’m certain I would have found it difficult to choose between the tasty options on offer. 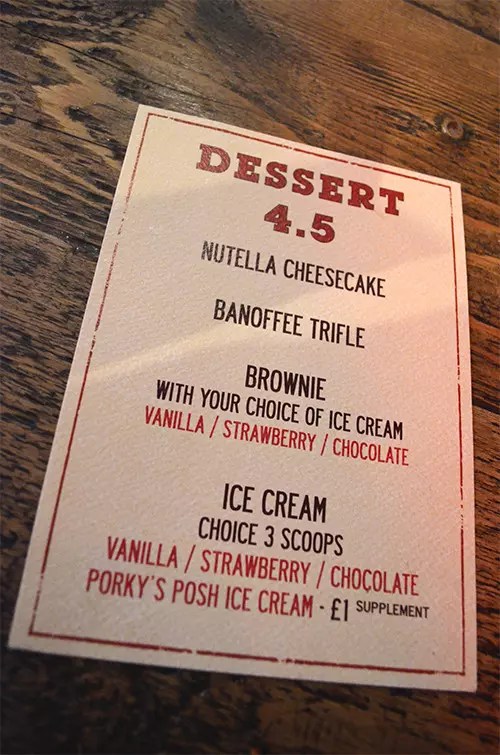 Although I think the staff are still finding their feet, I think Porky’s brings some serious competition to the ever-expanding North East Smokehouse scene. Having been open just a couple of weeks, I have no doubt that any teething issues will be quickly resolved and the restaurant will go from strength to strength.

The food on offer easily matches up against any of the big North East chains and kicks one recently departed restaurant’s food to the ground. I’ll certainly be paying another visit to Porky’s in the future for the Banh Mi I missed out on this time! 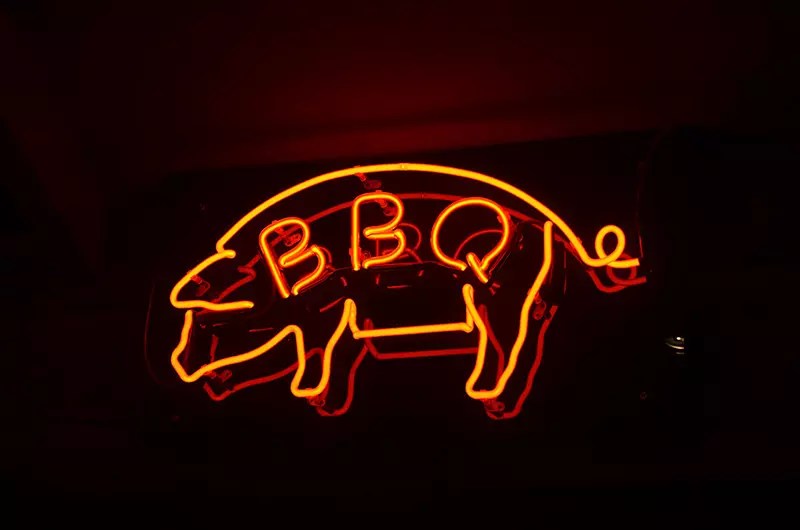