This week we were kindly invited to try a complimentary meal at Brinkburn Street Bar and Kitchen in Byker (Opened on the 25th July 2018).

Upon arrival, I realised that the brewery is located directly around the corner from the Byker bouldering centre where I’ve spent countless hours climbing…so many missed pints…so many missed scotch eggs! But it doesn’t do well to dwell on the past – so on with the review!

If you’re looking for a relaxing bar with amazing beers brewed onsite, unique dishes packed full of flavour, boardgames and it’s own god damn air raid shelter (You’ll have to wait till the end), then yes, this is the place for you! 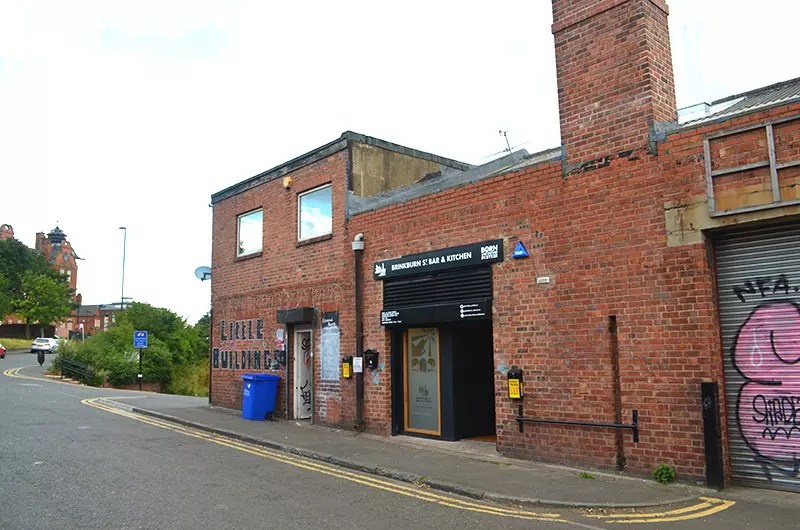 As I say, the restaurant is located in Ouseburn Valley, Byker and easy enough to find with ample parking. After following a flight of stairs downstairs (surrounded by movie posters and beer signs) you’ll enter the bar area, packed full of curious and eclectic furnishings.

Our pictures say more than enough. This is an establishment that has had a s**t tone of passion poured into it. The industrial vibe, mixed with the vintage furnishings makes for an awesome drinking hole and a super-relaxed environment. 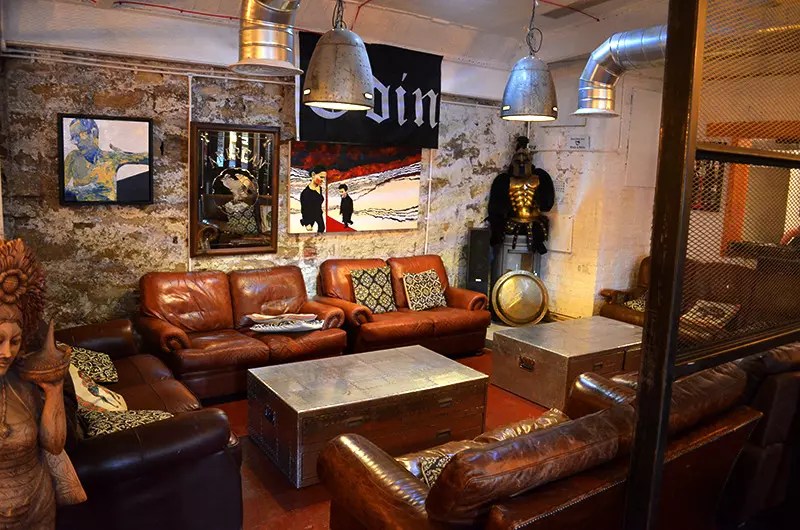 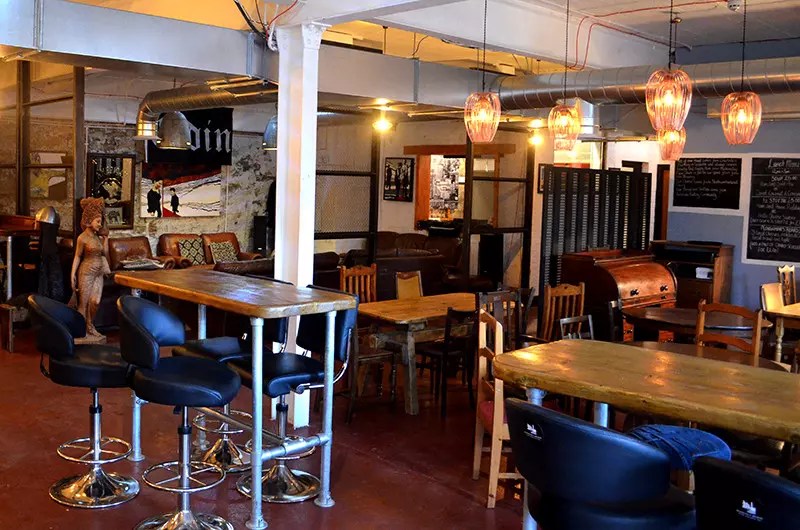 Upon arrival, we were given a thorough overview of the drinks available. It goes without saying that asking about the drinks menu in a place like this is invaluable.

They serve a mammoth selection of beers, including guest beers and their own on-site brews. They also offer wine, cocktails, whiskeys and gins if they take your fancy. The gins are paired with herbs grown in their very own garden. Cocktail ingredients don’t get much fresher than that!

I opted for a pint of the Geordie Pagoda after a solid recommendation from one of the team and it was everything you could ask for from a craft beer. 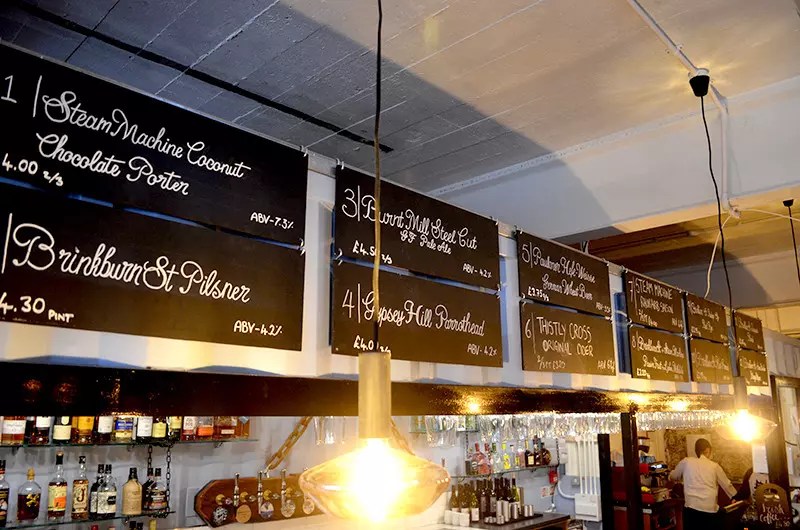 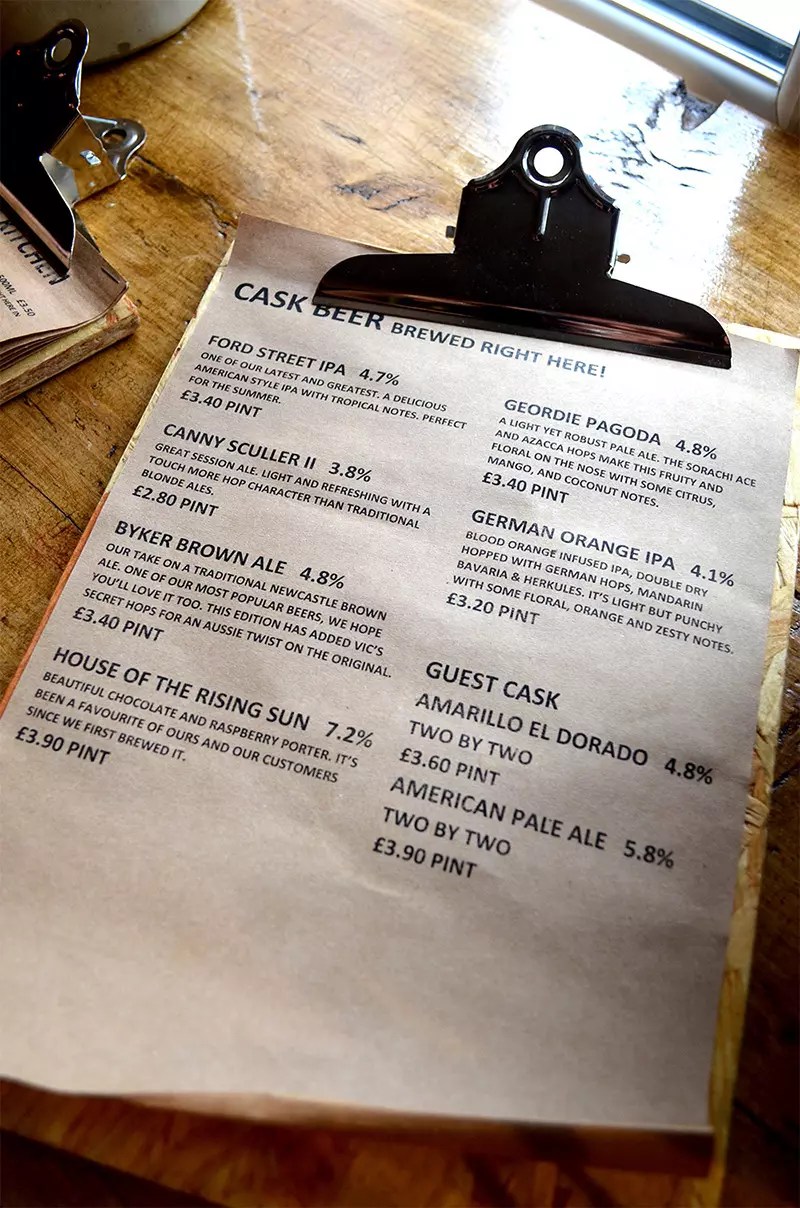 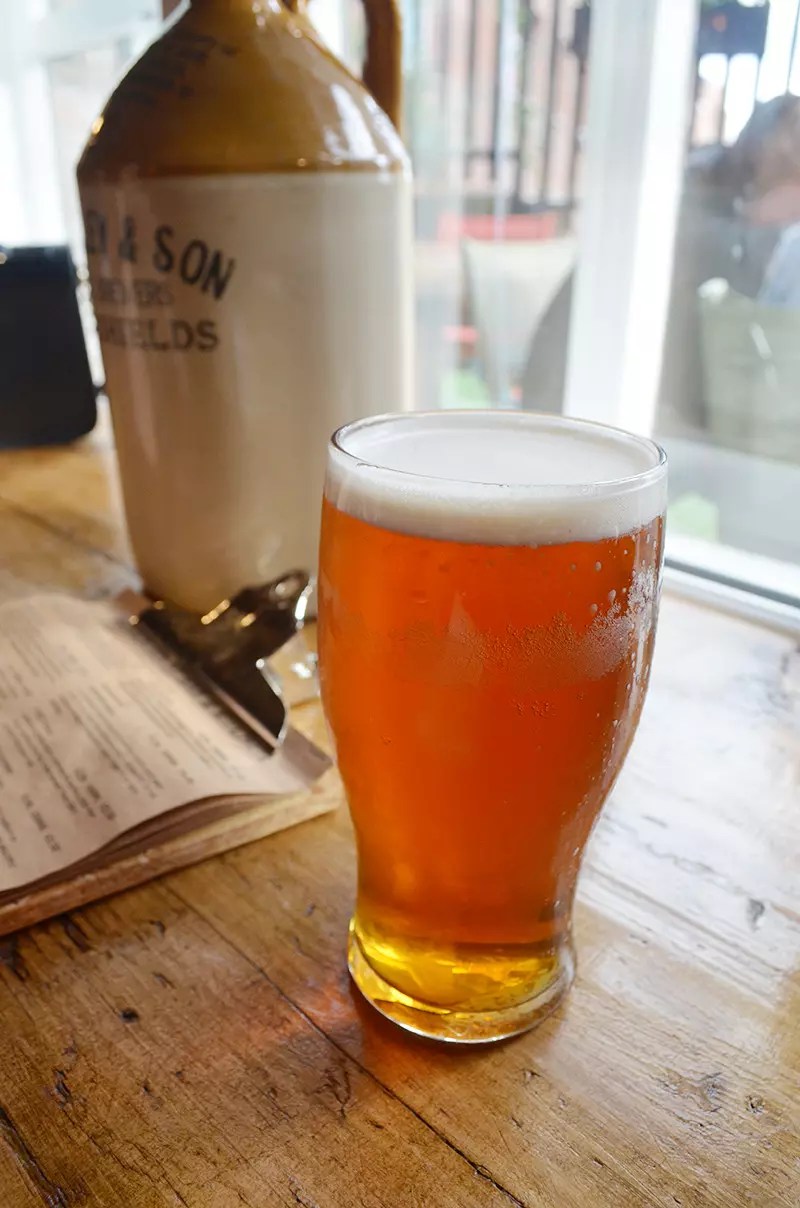 There are two menus, lunchtime and evening. Since we visited in the evening, you guessed it…evening menu for us. 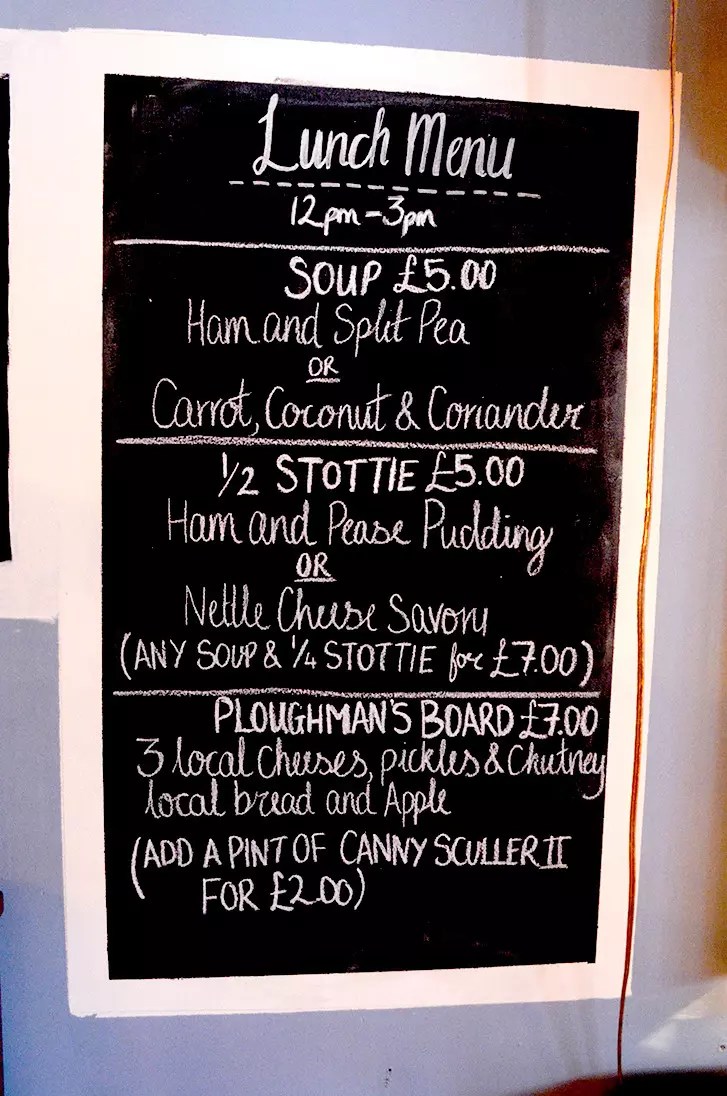 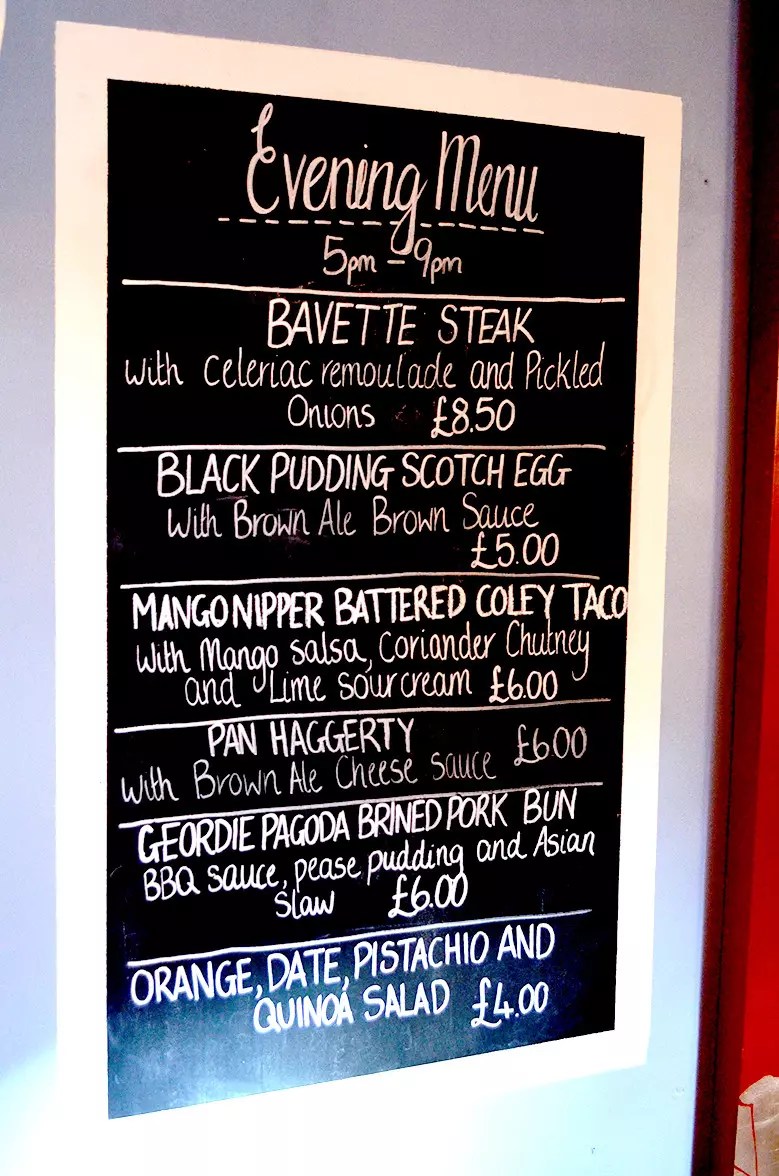 The menu is very concise and offers alternative takes on some classic dishes. Some of the dishes incorporate alcohol, which, for a brewery, kind of adds up.

There literally wasn’t a single thing on the menu I didn’t want to try. However, given we could only eat so much, we opted for the black pudding scotch egg, Mangonipper battered Coley taco, Pan haggerty and the Geordie pagoda brined pork bun (With a side of hassle back potatoes). 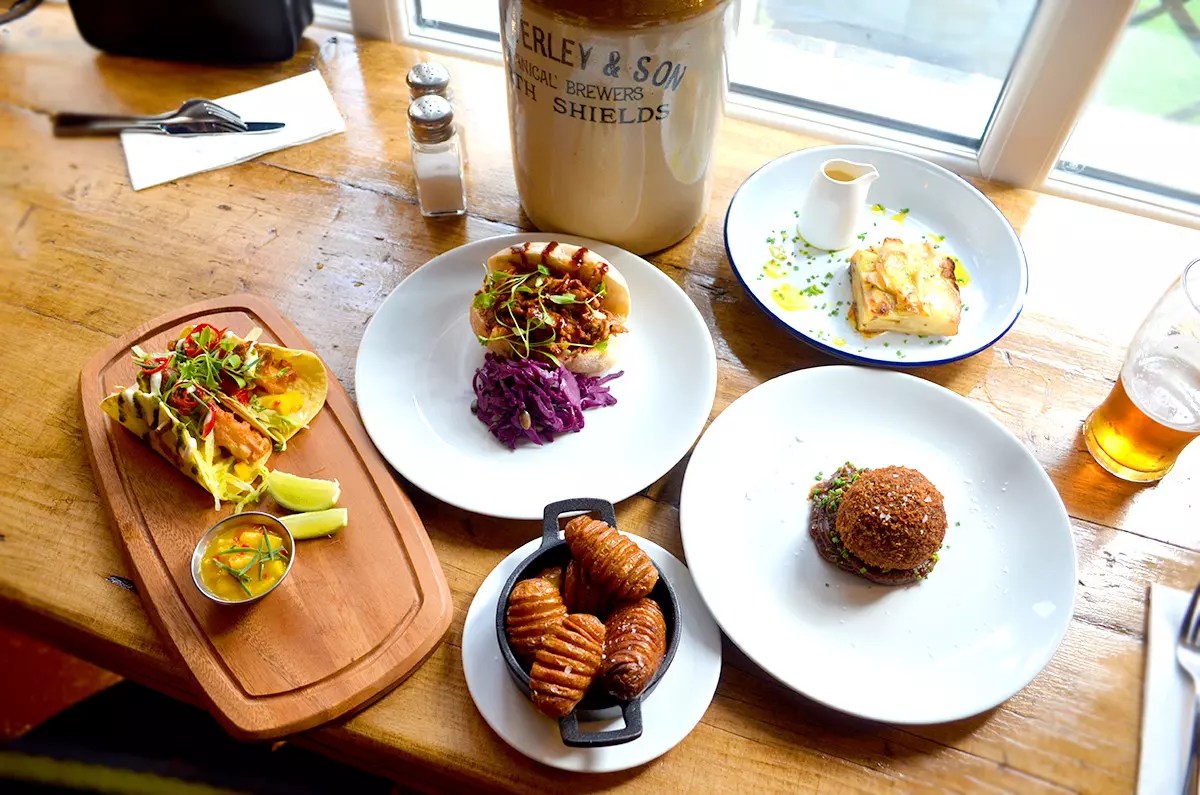 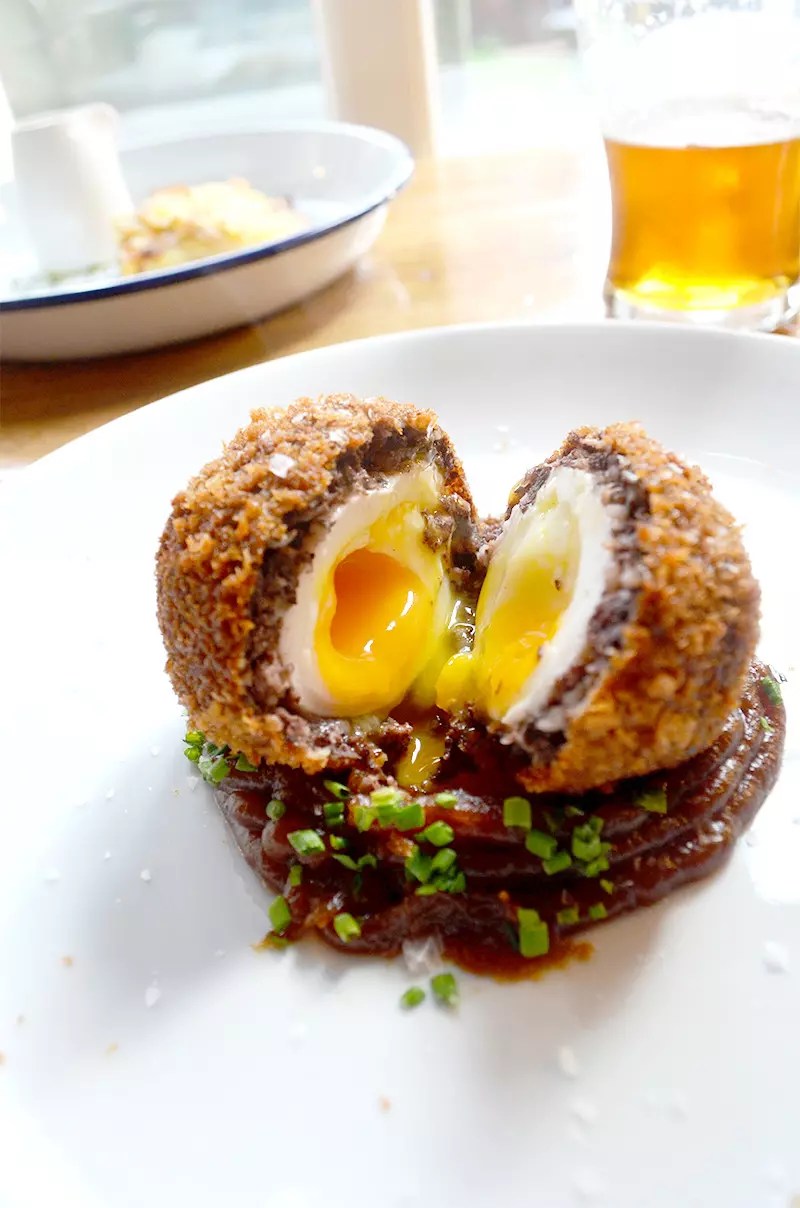 If you like black pudding, you’ll 101% LOVE this scotch egg. The outside was perfectly hot and crispy, followed by that rich, gorgeous black pudding flavour and a god damn exceptionally runny egg. If that ain’t a money shot, I don’t know what is!

This was probably my favourite dish of the night and has to be tried to be believed. The Brown Ale sauce perfectly accompanied the dish and was almost like a sweet chutney. When I go back for a pint, there’s no way I’m not ordering one of these at the bar. 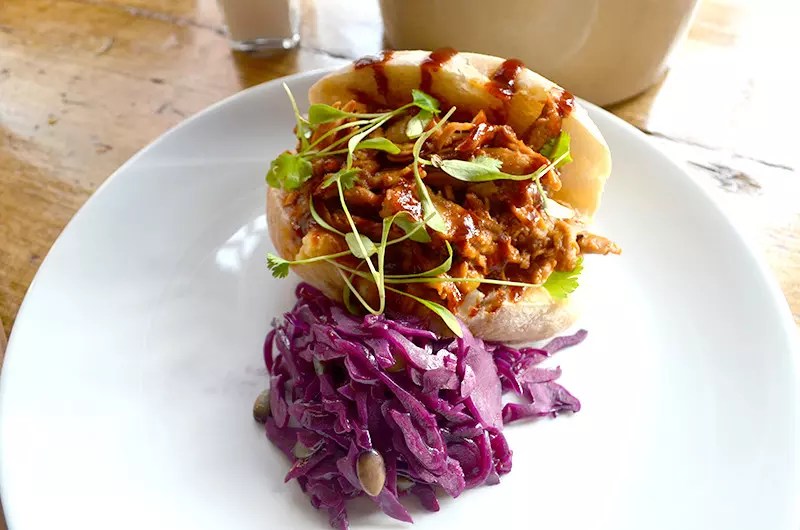 Next up was the Geordie Pagoda Brined Pork Bun. I wasn’t sure what to expect from an American style pork, Asian style coleslaw and peas pudding sandwich. Well, it was killer. The sharpness of the pickled cabbage went great with the sweetness of the bbq sauce;  totally set off by the fresh coriander.

The peas pudding was a surprise, as it worked really well with the other flavours and was a nice added texture. Dicksons clearly missing a trick or two here! 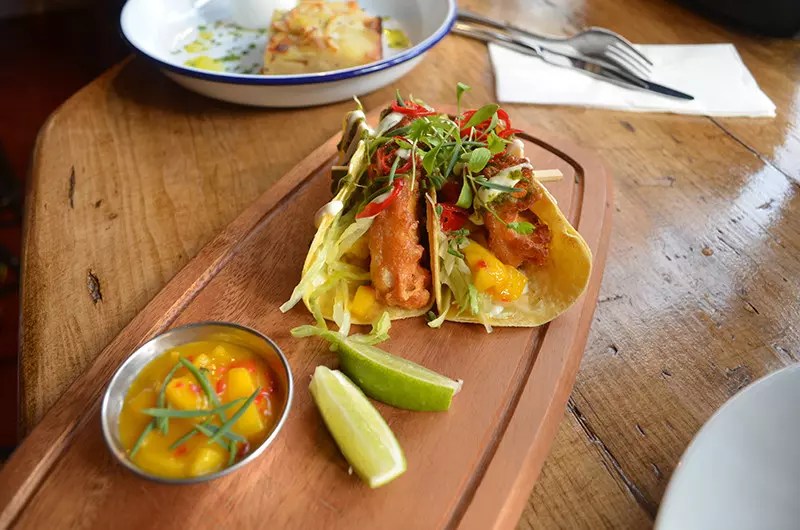 So this was probably my second favourite dish of the evening and one I’ve been wanting to try for a long time. Every cooking show and friend that comes back from America can’t praise the local fish tacos enough. Well, Brinkburn Street Brewery knocked this one out the park.

The fresh fried fish has a light crispy batter and a wonderful subtle flavour. The combination of the chutney, chillis, and salad worked fantastically together and was packed full of flavour and plenty of heat (the sour cream helped with this). How you can cram this much goodness into a softshell taco is beyond me! 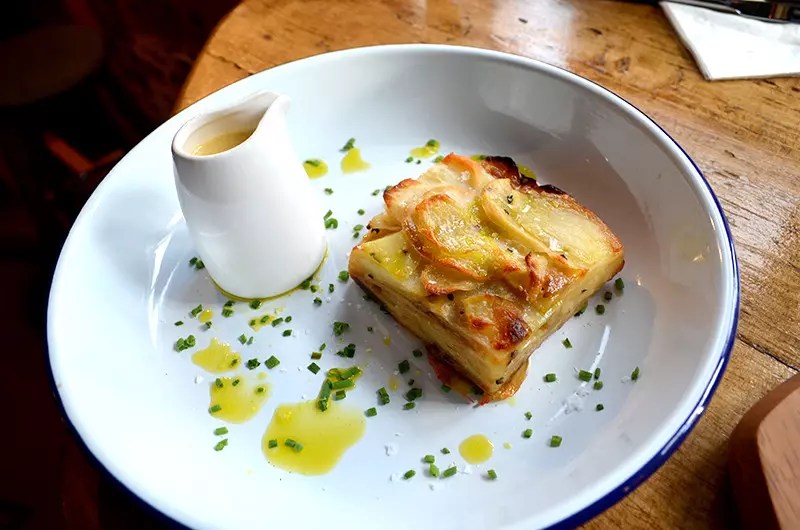 It doesn’t get much more North East than Pan Haggarty. This dish epitomises the area and probably takes everyone back to their childhood in one bite. Well, this was certainly a top effort and did the local dish proud.

The accompanying brown ale cheese sauce was a wonderfully rich and wasn’t overpowered by the taste of ale. My wife (who is a locally renowned cheese fanatic) rated it highly, so you can take that straight to the bank. This traditional, simple dish was so well seasoned and cooked to perfection (onions and all) that if you’re a fan, you can’t afford not to try it. 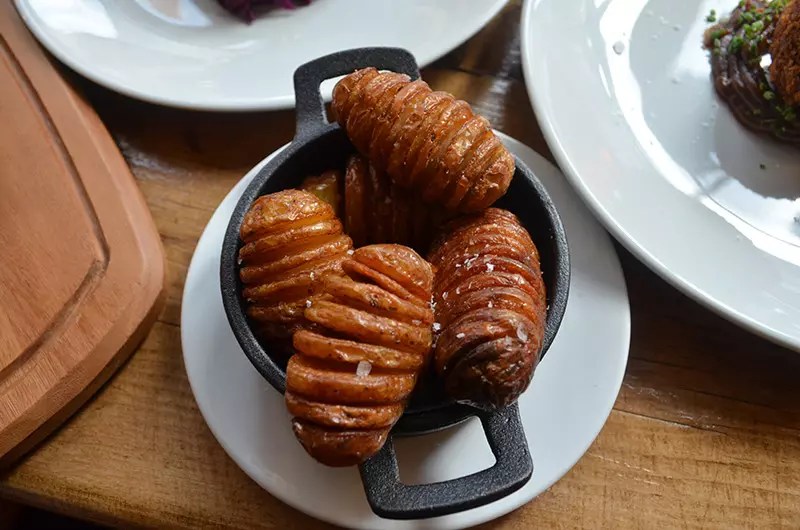 Crispy on the outside, moist and fluffy on the inside with a rich tomato sauce. In all a great, side dish with great presentation.

Well, if you hadn’t worked it out by now, I’m a massive fan of Brinkburn Street Brewery and will be paying them another visit very soon after a climbing session.

The relaxing atmosphere and fantastic decor make for a genuinely charismatic bar and the perfect place to grab a pint or bite to eat. The team at Brinkburn Brewery Bar & Kitchen are unbelievably helpful and have plenty of recommendations if you’re stuck for choice.

Every part of the place emanates a welcoming, relaxing and friendly atmosphere that can’t help but draw you in and make you wish it was your local. So here’s to many more visits 🙂 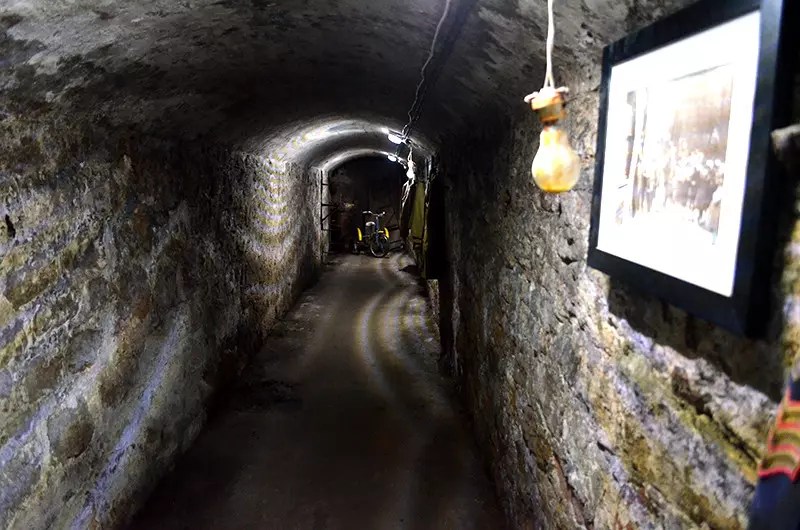 They even have their own air raid shelter that was discovered and excavated when the property was purchased. It might not be open on the busiest of nights, but swing by and it’ll likely be open for you to take a look at some authentic North East history!